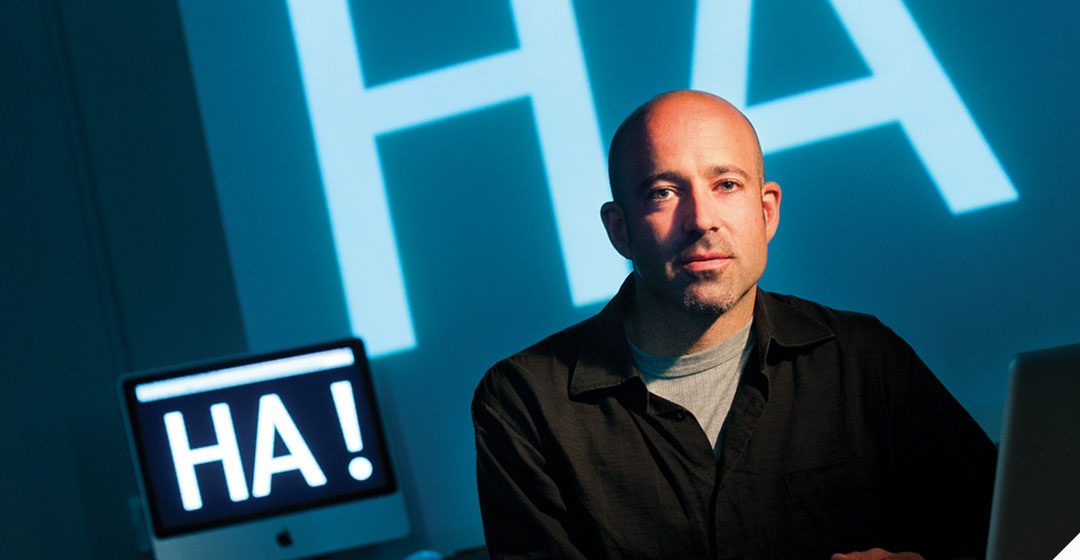 Dr. Dave Ciccoricco visited SDSU Thursday, March 21st from the University of Otago in New Zealand. He gave a talk on “Simulation and the Posthumanities” and also sat down with members of SDSU’s Digital Humanities Initiative to learn more about how our team has developed the DH program as well as the DH Center in order to gather ideas to take back to his own university for implementation.

Dr. Ciccoricco’s talk on Simulation and the Posthumanities presented powerful ideas about the history, benefits, and limits of human and computational cognition. Reaching back through the history of the binary to innovator Warren McCulloch, Dr. Ciccoricco examined the “Grammar of Simulation” by breaking the difference between “what simulates” and “what gets simulated.” By studying aesthetic representations of simulation in new media games like Papo y Yo, Dr. Ciccoricco distinguished between the simulation that occurs on the level of the game itself in the form of the virtual world of play and the emotions and actions that are simulated by the individual holding the controller and placed into the virtual body of the character.

Dr. Ciccoricco further elaborated on the limitations of artificial intelligence existing at the bounds of human creativity—A.I. is unable to be any more creative than the most creative element of the person who programmed the code for that computer. Due to the reductive nature of the binary code necessary to simulate the “ons” and “offs” of firing neurons, creativity is limited to that which exists at the moment of “codeception.”